Some of the work is sometimes devoted to illustrations, icons for postal cards, books, websites. I have always had a certain admiration for illustrators, artists of a certain shade even if some painters have also distinguished themselves in this area as Daumier, Toulouse Lautrec, Picasso, Mucha, Rockwell, still Bonnard.
These are also very good ways to get back into question, and surout to push his limits.
Also, on Reunion proposals have led me to work more graphically or other mediums such as Indian ink and watercolor.
These works more accessible to the public have been the object of publications.

« Sometimes I prefer to execute landscapes, scenes for postals cards or … This decreases the tension that can exist on the remaining work. »

Curiously, long time, I spotted this place but I did not know how to place the composition. After the publication of watercolor postcards. The van, which was based for several years was sprayed by street artist twice. Another said he had spotted this truck for its graph and for the first time, the place was on fire. It’s strange sometime. » 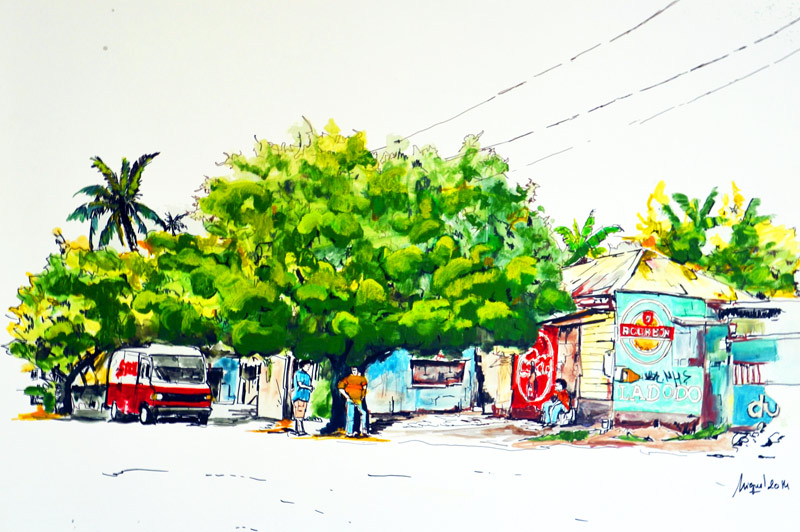 For someones, it is not « in the air » to propose this type of work, which seem to remove the side « inhabited by the work ». The painted work must be judged for what it is and for its degree of transcendence. But others anwer that it is better to be multidisciplinary and sometimes inspired than repetitive and hollow. 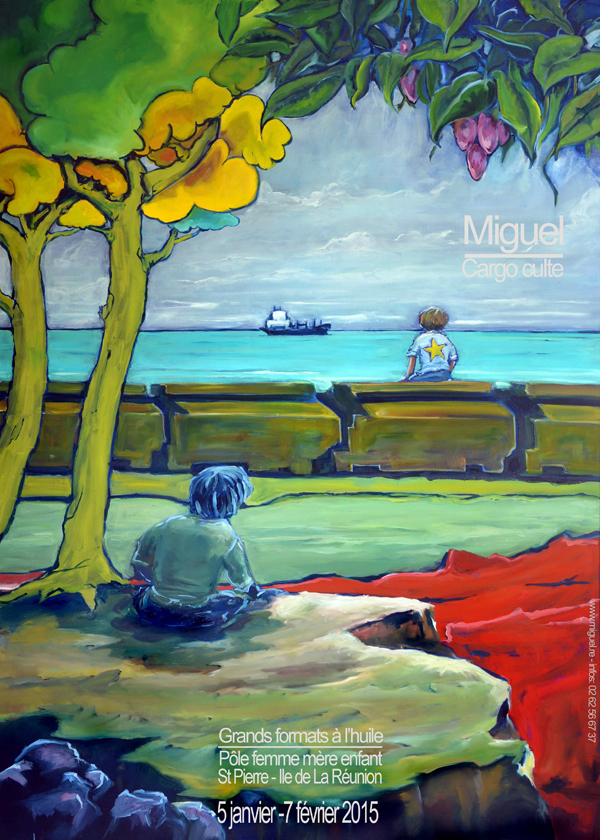 Some of these illustrations, originally created for postcard visuals or for a children’s book on Reunion Island, have inspired local illustrators.The series of illustrations « Thaï aux Kerguelen » on the black palette white and emerald green realized in 2006-2007 and on the web pics  inspired some compositions of the beautiful Album of Lepage: Voyage aux îles de La Désolation.

« Petite feuille » allowed him to illustrate a children’s story written and released in a kindergarten class. A work done with a very short deadline, a nice challenge for this somewhat philosophical story. 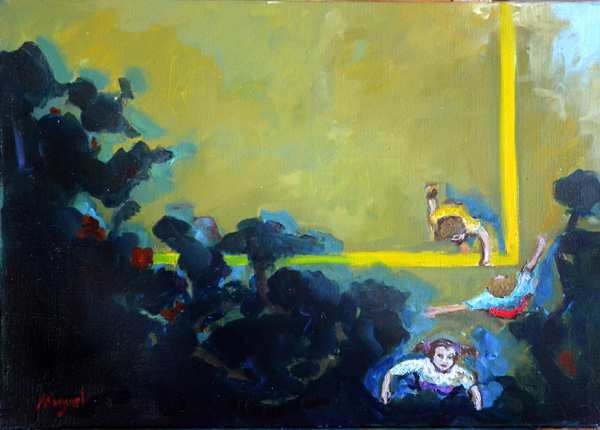